CORONAVIRUS UPDATE: We are open for business and will continue working on your orders. Read More (Español) 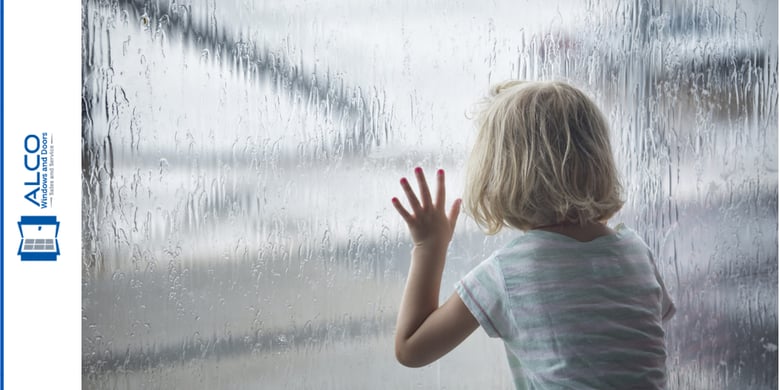 What is the strength of impact windows?

The fact that impact windows are also called impact- and hurricane-resistant windows should clue you into their strength. So, how strong are they? Impact windows can withstand the chaos of a category five hurricane!

Stand Up to a Category Five Hurricane

In a category five hurricane you're dealing with sustained winds (more than one minute) of 156 miles per hour or more. That could mean wind gusts that are much more punishing and a good chance that flying debris could make contact with your windows.

Your best defense against all of that unpredictable chaos are impact windows. Impact windows are made with extremely tough aluminum frames, two layers of glass buffered by laminated glass in the center, and a process that uses silicone glazing to further strength your windows.

All that basically means is that these windows are designed to take a beating. Because of how they're constructed, you won't have to worry about debris slamming into your windows during a tropical storm and glass fracturing everywhere, which leaves you susceptible to more damage.

Miami-Dade County outlines how strong impact windows need to be in a testing application standard regulation known as TAS 201. The test basically involves shooting a nine-pound piece of lumber out of a literal cannon going at over thirty miles an hour. Turns out, impact windows are really tough!

Another added benefit is that impact windows protect against break-ins and looters year round. The real secret to impact windows is the inner membrane that prevents glass from shattering and flying into your home.

The Inner PVB Layer Buffers the Impact of Flying Debris

The middle, protective layer on most impact windows is made from a durable resin material known as polyvinyl butyral (PVB). Although this experiment is definitely not recommended, the inner layer of PVB on your impact windows is what would prevent your windows' glass from shattering inward if a baseball were hurled into it.

What are you left with, then, if your window takes a hit from flying debris during a storm? When you have an inner layer that buffers the impact, flying debris going at over 100 miles an hour during a hurricane would (at worst) leave a spider pattern rather than a dangerous situation with shattered glass and an exposed opening.

Obviously, a window that doesn't shatter into shards has a lot of advantages. It continues to offer protection against subsequent debris, and that added protection means that your family stays protected throughout a storm.

Impact windows were originally used in car windshields, where you would clearly rather have a wayward piece of debris falling off a truck creating a spider crack on your windshield than shards of glass everywhere.

Insurance companies realize how much safer your home becomes after installing impact windows. That's why they're willing to offer you up to 45% off on your existing premiums for your homeowners insurance. Considering the wind portion of your homeowner's insurance in Florida can be up to 70% of the total coverage, those are significant savings!

Florida law has required windstorm damage coverage in homeowners insurance for years. Windstorm coverage is important for all Florida residents to consider, and you can lower your windstorm insurance by 42% by installing impact windows and storm-resistant garage doors.

FEMA strongly encourages property owners within one mile of the coast in Florida to consider impact windows to prevent wind borne debris from causing significant damage. At the same time, the Florida Building Code has legal requirements for new structures.

Don't wait for the next storm. Get impact windows today.

HAVE ANY QUESTIONS OR WANT A FREE ESTIMATE?